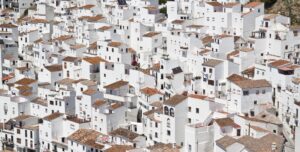 Many industries might be affected by the plans of the government to deny low-skilled workers visas. Arguably, the construction sector could be hit the hardest.

That is due to the fact that since our last recession the building industry has heavily relied on migrant workers. The downturn caused construction projects to be curtailed and result in many domestic workers leaving the industry. After business picked up once again, there was easy access to foreign-born labour, due to the skills shortages that were present in the UK-born workforce. The Office for National Statistics has released figures that show that a critical component of the construction workforce is now comprised of EU nationals. It accounts for about 28 per cent of the construction workers in London and 8 per cent for the UK.

This source of migrant labour has also assisted the industry with countering its shortfall in apprentices. The Construction Industry Training Board reports that over the next five years the industry will need to fill around 168,500 new jobs, and expand its domestic workforce, with the limits placed on access to migrant labourers following Brexit. However, the latest figures from the government show that the number of individuals beginning an apprenticeship in England dropped last year to 125,800 between the months of August and October. This was 4.7 per cent lower than the 132,000 who did so in the same quarter of the previous year.

The industry is also being squeezed on the opposite end at the same time. According to 2011 ONS figures, one in five construction workers born in the UK were over 55 years old. That means that by 2021, these individuals will have almost reached retirement age around the same time limits on using migrant labour will start to go into effect. Restricting access to critical migrant labour may end up being the death for numerous construction companies.

Also, the government does not have a good understanding of what actually constitutes a skilled worker within the construction sector. Those immigrants who are recruited from abroad today into the industry are highly skilled tradespeople and nothing like the stereotype coming from the Brexiteers. On the positive side, the government has proposed a shortage occupation list – which is an official list of those occupations where there is an insufficient number of resident workers who can fill vacancies. It currently includes plasterers and carpenters. However, this list still will not include a number of other trades that are critical to complete a building project, like electricians, plumbers, bricklayers, and those companies that hire out serviced homes and apartments like House of Fisher.

There is also a larger issue as well that the government appears to be blind to. Boris Johnsons’s announcements on home building and HS2 were intended to “cement the red wall.” However, the frenzied promise of infrastructure is going to require a large infrastructure requirement drive. So where will these workers come from?

The industry is afraid of skills shortages already. Last year McBins conducted a survey of over 400 house builders. Only 48 per cent of the respondents believe the housebuilding target set by the government could be achieved. Of those who did not think it was possible. a lack of skilled labour was the second most cited reason.

Two things will need to take place. First of all, more skilled trades need to be added by the government to its shortages occupation list The second thing that needs to happen is freedom of movement needs to be extended past 31 December so that foreign-born workers can bridge the gap as more homegrown workers are being trained. Training a bricklayer takes three or four years, so the industry will need to have the ability to continue accessing migrant labour in several key professions over the short to medium term.

The workforce needed for highly technical or major projects is usually not met by local workers. That means the industry needs to have a partly itinerant and highly flexible workforce. It is critical for the construction industry to have the ability to recruit from abroad. If that is not possible, then the proposals from the government will not only harm the construction industry but also wreck the dream of Boris Johnson’s of a big infrastructure boom.