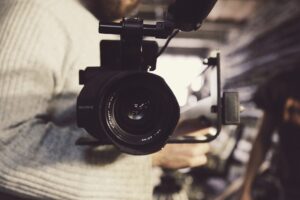 The coronavirus pandemic has had apparent consequences for prosperity and public health in the United Kingdom. It has also had a dramatic effect on the technology, media, and digital sector.

The session exposed some considerable growth in smart home devices between the third and fourth quarter of 2017 and the first and second quarter of 2020: over the duration of this period, the uptake doubled to reach 34% – which is a third of all households in the United Kingdom, summing up to 9.5 million households.

Lockdown has seen a decline in internet performance

Internet connectivity is the keystone of any connected home, and our data indicated that 87% of United Kingdom consumers had a household broadband connection and a similar percentage (87%) had mobile internet connectivity. Two-thirds (63%) have a landline: a requirement for broadband in other ISP packages.

Generally, a third (36%) of clients said they were facing buffering problems and that their download speeds (33%) were not as good as before the lockdown, while 26% said that their internet connection was generally worse.

The webinar proceeded to talk about the subscription ecosystem during COVID-19.

The discoveries also indicate that 75% consumed event video production and streaming subscription as of April, 53% subscribed to pay for TV services, 48% had an audio/music streaming service, 15% were signed up to online gaming services like Xbox Live or PlayStation Plus, 12% had a sports channel subscription, while 11% had a subscription to a news media in one way or another.

By July, the average subscription numbers had diminished a bit from the levels in April, and this was as a result of the 18-34-year-old age bracket: people under 35 years cut their number of subscriptions from 2.45 to 2.35, which assisted in bringing the overall average from 2.20 to 2.11.
With that being said, it wasn’t bad news when it came to the gaming industry in general: 36% reported that they had purchased more games in April, increasing to four in ten (39%) by July.

More Brits viewed movies, news and TV over the course of the lockdown

Our data showed that media consumption increased across a variety of formats during the lockdown – perhaps predictably considering the amount of time individuals have been indoors. The webinar indicated that most people were making strides to get information: as of April, half of the clients said they viewed more news (54%), while a fifth (20%) reported they viewed more documentaries. One in ten reported they viewed more informative programming (9%) and more science fiction TV shows (8%). However, by July, appetite for news reduced significantly: the number of people who watched more news decreased from 54% to 41%.
Additionally, while the majority of people saw the news, fewer people said they trusted the media. Over the lockdown, the percentage of United Kingdom consumers who reported they didn’t depend on the news increased from 35% to 46%. Seven in ten people (72%) said they were tired with the news programming, and 55% agreed it was just too negative.

With regard to entertainment, almost four in ten (37%) reported they had viewed more films in April, while a fifth (22%) said they saw more drama. And with the lockdown dampening the mood of the nation, it’s understandable why 13% of people viewed more comedy shows and 7% kids programming.