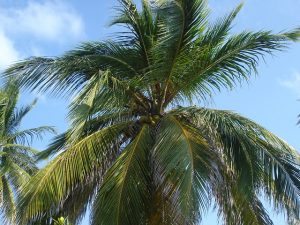 Vegetable glycerine is made from coconut, palm oils or soybean, and typically takes a clear liquid form. It is also known as glycerine or glycerol, has a sweet taste, no smell, and is syrup-like in consistency despite its liquid viscosity.

This product is one of the most popular in the cosmetic industry; however, it does present various other uses. It can be used for many health purposes ranging from skin hydration and well-being to improved digestion. This article will provide more information about vegetable glycerine’s benefits, purposes and side-effects.

What Is Vegetable Glycerine?

Glycerine is a sugar-based alcohol obtained from plants, animal products or petroleum. In contrast, vegetable glycerine is formed using plant oils. It is said that this product was discovered accidentally over two centuries ago when a combination of lead monoxide and olive oil was heated. In the late 1800s, vegetable glycerine became one of the most industrially significant and cost-effective glycerol options and was used to form dynamite.

The product is created by heating triglyceride-rich vegetable fats, such as coconut oil, soybean or palm oil, with strong alkali, such as lye. This combination, where the fats are placed under pressure, results in the glycerol splitting from the fatty acid and mixing with water to form the sweet-tasting, odourless, syrup-like vegetable glycerine.

What Are the Common Uses of Vegetable Glycerine?

Vegetable glycerine is most commonly used in the cosmetic, pharmaceutical and food industries. For example, it can be added to foods to help the water-based ingredients to combine with the oil, as well as sweetening or moistening the final product. The glycerine also prevents any ice crystals from forming on frozen food products, such as ice cream, frozen yoghurt and other frozen desserts.

When used in the pharmaceutical industry, glycerine is incorporated in medications. For instance, vegetable glycerine can be found in cough remedies, heart medication, suppositories and anaesthetics. It is also possible to find vegetable glycerol in toothpaste because it prevents the product from hardening or drying out in the toothpaste tube.

The most common use of vegetable glycerine is in candles, body lotions using a barrel pump, soaps, deodorants and makeup products.

What Are the Benefits of Vegetable Glycerine?

Vegetable glycerol is considered to be highly beneficial; however, only a few of the advantages are supported by scientific research. The evidence is limited, and the case studies are small, so this continues to be a controversial area from a scientific perspective. The following benefits have the most scientific research.

Vegetable glycerine is typically used as a skincare product because of its powerful moisturising capacity. Studies have found that the application of glycerol to one’s skin can increase the skin’s suppleness and smoothness. In fact, most lotions containing glycerol can also increase skin moisture within a minimum timeframe of ten days.

Research has found that vegetable glycerine can improve a person’s skin health by reducing skin irritation, protecting the skin against infection, and promoting any healing of wounds. The application of glycerol-containing products can also soothe inflammation of the skin by protecting it against any irritants or microbes. This results in the product acting as a safeguarding barrier for the skin from elements, such as cold and wind.

Evidence has found that glycerol not only boosts hydration but can also increase a person’s athletic performance. An effective strategy to avoid any dehydration is to consume liquids before and during exercise. Unfortunately, this can become impractical for certain types of activity and, in such a case, drinking water beforehand is the key. A study found that glycerol-incorporated drinks were more effective than sports drinks or water at improving hydration for an athlete who lost body water through perspiration.

What Are the Potential Side-Effects?

Overall, vegetable glycerine is considered a safe alternative. That said, people can experience allergic reactions if the glycerol is directly applied to one’s skin. To avoid allergic reactions, it is recommended that you begin with a small amount of the product to see how your body will react before using the product fully.